The Mythology of NaQuila the Prophetess 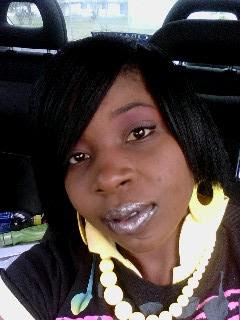 The Mythology of NaQuila the Prophetess

She’s said to be Stackz Gotti, NaQuila L. Hardy is connected with the Gambino’s through the infamous Frank Paul Gambino. Frank Paul Gambino formed the band Capstone Zulu as a solo act. Late in his career he hooked up with NaQuila L. Hardy who started doing vocals for the band Capstone Zulu; not long after she went as a solo act with the name aka Stackz Gotti, in the prime of her career. After requesting the blessings of Victoria Gotti and the Gotti Family, unlike some people who went public with it…
…NaQuila Hardy aka Stackz Gotti is the Female Gotti aka Stackz 2020. Exploding onto the scene with a hot new brand new album called “I Am Me.” Still with the band Capstone Zulu in the background doing the music, she shines and sizzles with songs such a sizzling list of songs such as “Find Cure, cure AIDS”, [billed to be the International AIDS anthem] and other political stuff like, ”The Consumer”, and even tells jokes on, “Not on my computer.” For NaQuila it is just the beginning under a new light and the Gambino umbrella.
NaQuila Hardy was the prophetess through the life experience. She was a former member of the Young Money entourage, now a member of Community Activism, and pro community works, she thrives on helping people. But Prophetess NaQuila paid her due and was mistreated and abused. Full of anger she became close to the Capstone Zulu and found it in her heart to forgive. This was the secret that oppressed her for many years, she was angry with the world that was already hers. Because of this arrangement in the destiny, she had to let go and let God.
The Mythology of NaQuila Hardy aka Stackz Gotti is that she has to once again become one with the Universal God, who is not Universal Records. Why? Because she is one with the World! The question then is posed; will NaQuila find her oneness or become angry and bitter?

Posted by NaQuila Hardy at 6:12 PM